WILL THE BANK OF ENGLAND CAUSE THE POUND TO MOVE? 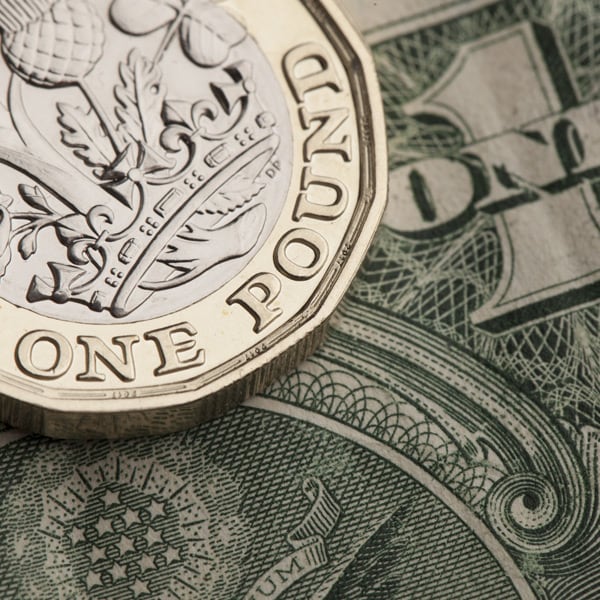 The Pound is currently just a cent away from its highest level to buy Euros since the start of the pandemic.

The Pound has remained relatively stable during the course of this week so far as the markets eagerly wait the latest announcement due to be made by the Bank of England later today.

The Monetary Policy Committee will announce their latest decision on monetary policy and this will be closely followed by the Governor of the Bank of England Andrew Bailey as to why they have made their decision. With UK interest rates currently at record low levels I would be very surprised to see any change at the money in the base rate but any signs that this could be changing in the future could cause the Pound to move later today.

Since lockdown has been amended and social distancing guidelines reduced the UK economy has been allowed to open up and since then we have seen the economy outperform the previous estimates which has helped to support the Pound vs a number of major currencies.

One of the main responsibilities for the central bank is to control inflation and inflation currently sits above the target of 2%.

The general theory is that inflation is too high then then practice is to increase interest rates. However, although inflation is higher than it needs to be according to the target, this is mainly due to the issues caused by lockdown which has pushed up the prices of goods recently.

Therefore, it is unlikely for the central bank to react with an interest rate hike just yet.

The Pound is currently just a cent away from its highest level to buy Euros since the start of the pandemic creating some excellent opportunities for anyone looking to send money abroad at the moment.

The Eurozone recently announced hat it has now removed itself from its recession after growth of 2% but this has done little to improve the short term prospect of the single currency vs the Pound.

Indeed, the Eurozone is actually 3% lower than its previous highs towards the end of 2019. Eurozone unemployment still remains over 1 million more than its lowest level just prior to the pandemic.

The vaccination programme across the continent has continued to remain behind compared to the speed of the UK and with vaccination passports being introduced in various countries to allow individuals in to restaurants and theatres etc it could be argued that this is an attempt to increase the uptake of the vaccine.

Later today we could see some announcements as to when Brits may be able to travel to foreign countries with the systems likely to be changed for certain destinations including France and Spain. The government has dismissed its plans for amber plus countries to avoid confusion so this afternoon could become a lot clearer. Reports are that France could be easier to get to and from but changes to entering and leaving Spain could cause issues.

If the Brits are able to travel to Europe this summer then this could provide a boost for tourism on the continent but time is ticking before the school holidays are over with the first two weeks already happened.

Tomorrow morning brings with it the latest news surrounding both the German and French economies.

We begin with the latest release of Industrial Production data for Germany for June and as the Eurozone’s leading economic powerhouse any change in the expectation of month on month growth of 0.5% could cause movement for Euro exchange rates.

Later the French will announce their Trade Balance figures as well as unemployment data so make sure you’re prepared to move quickly if you have an Euro transfer to make in the short term.

WILL GBPUSD RATES HIT 1.40 THIS WEEK?

The US Dollar has once again weakened against the Pound after some lower than expected GDP figures announced by the world’s leading economy. The figures were down on the previous forecast and this cause the Dollar to move back towards just shy of the 1.40 levels again.

The GBPUSD exchange rate is close to its highest level in almost 2 months creating some good opportunities for anyone looking to buy US Dollars with Pounds at the moment.

Yesterday the Dollar weakened again after ADP employment figures showed much lower than expected figures with just 330,000. The news was rather muted however in anticipation of Friday’s US Non-Farm Payroll data due out on Friday afternoon.

This can often be one of the biggest market movers for the Dollar as it shows how many new jobs have been created outside of the agricultural industry which can be seasonally affected.

The expectation is for Friday’s data to reveal 3.9% so anything worse than that could potentially send the Pound vs US Dollar exchange rates towards 1.40 and above as we end the week.

Later today the US will announce its latest jobless claims with the expectation of 384,000 due to be made. With so much happening this week with the jobs market in the US this could cause a lot of volatility for the USD and if the data is worse than expected we could see 1.40 breached at the end of the week.

Later today the US will announce its latest jobless claims with the expectation of 384,000 due to be made. With so much happening this week with the jobs market in the US this could cause a lot of volatility for the USD and if the data is worse than expected we could see 1.40 breached at the end of the week.

At the moment the US has recorded a 60% adult vaccination rate with 165m adults having had the vaccine. So far in excess of 9 million teens have also had the jab and the talks in the UK that vaccines will also be offered to teens over here. The US and the UK have adopted a similar policy in terms of lockdown with the US coming out of lockdown earlier which helped to strengthen the Dollar initially.

However, as the UK has significantly reduced its Covid 19 guidelines then could this be the catalyst to send the Pound in an upwards direction against the US Dollar?