Brexit UK-EU Trade Talks: How will sterling be affected? 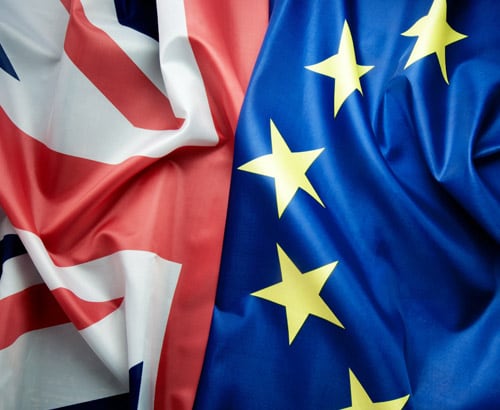 During the Brexit negotiations in 2017, the UK & EU agreed that trade negotiation could only start after the UK’s withdrawal because such negotiations could not happen when the UK still had a veto capability in the EU.

For this and other reasons, a transition period after Brexit day (31 January 2020) was defined to allow those negotiations.  The transition period started on the 1st of February 2020 under the withdrawal agreement.   The deadline is the 31st December 2020, a deadline which can be extended for two years, although the British government has declared that it will not apply for any such extension.

The intention from the UK is to ensure that their newfound independence is not compromised by any agreement, which is why it is seeking a simple free trade deal, with differing agreements on other matters.

The EU would like to have a comprehensive treaty covering all facets of the relationship. They need to show that life is better inside the Eurozone, which is why they are trying to avoid letting the UK ‘pick and choose’ the parts they want.

The deadline for this deal is 31st December 2020, but it will likely need to be agreed well before this date to enable both parties to ratify the agreement ahead of this date. If there is no deal agreed, the UK will be treated as a ‘third country’, defined as “A country that is not a member of the European Union as well as a country or territory whose citizens do not enjoy the European Union right to free movement, as defined in Art. 2(5) of the Regulation (EU) 2016/399 (Schengen Borders Code).”  This will create hurdles to free trade and impact the way of life for UK and EU citizens travelling between Europe and the UK.

The three scenarios are as follows:

At the time of writing, betting odds have put UK and EU failing to reach a trade deal in 2020 at 70.42%, according to peer-to-peer betting exchange markets. This is a reversal from the odds seen in July which factored a greater than 80% probability of a deal being signed. This only highlights how uncertain these talks continue to be.

It is worth remembering that tariffs will be two-way, meaning that any increase in the cost of trading will also have negative ramifications for EU members states that trade heavily with the UK, primarily Germany, Netherlands and France as displayed in [figure 3].   These members are the breadbasket of Europe, contributing close to the highest levels to the EU budget, so they will be reluctant to see economic harm through trade barriers.

So what? What does this mean for FX?

To understand what this may mean for FX, we need to assess the impact of the different scenarios and align them with the collective forecasts from financial institutions.

It’s also important to consider that the movement of FX will be largely driven by the long-term impacts and speed of recovery after the Coronavirus pandemic.

As you can see in the chart below [Figure 4], the range of forecasts from financial institutions differ wildly, with some predicting a high of 1.1905 in 6 months, the low suggesting it could be near 1.0417 and the mean at a rate of around 1.1096 over the same timeframe.

Scenario A: UK and EU agree on a deal during the transition period

Economists at Danske Bank are forecasting Sterling strength where a deal is agreed or is looking likely and are forecasting a GBP/EUR interbank rate of above 1.1350 within six to twelve months. It is thought that there is psychological resistance at 1.2000 but should investment (and henceforth money) come pouring into the UK as investors find confidence in the deal, this could result in further support for Sterling.

Scenario B: The UK and EU do not agree on a deal during the transition period

If negotiations break down and result in a no-deal scenario, it is likely that Sterling will suffer. This could be offset slightly by any negative impacts on the EU, but it is probable that this will be perceived as more negative for GBP.

Danske has also forecasted that the GBP/EUR interbank rate will stay above parity, albeit marginally at around 1.0300.

In this event, the UK government may try to make the economy a more attractive investment to stimulate Sterling strength.

In this scenario, it is unclear as to the future direction, as there will likely be other mitigating factors that make a forecast at this stage difficult.