What is happening to the unemployment rate? 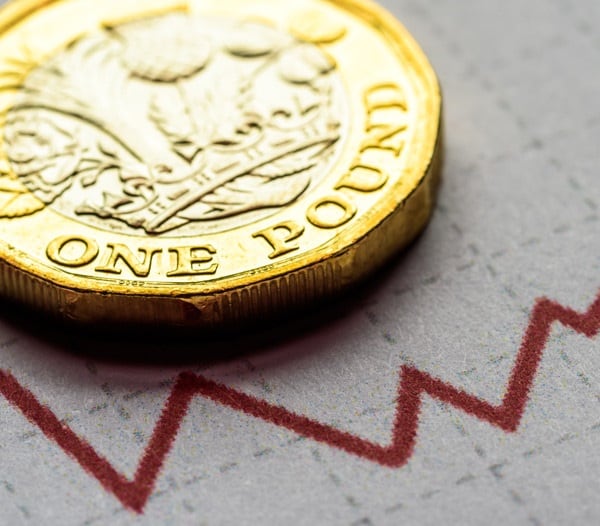 How will the end of the furlough program affect the pound?

The end of September sees the end of the furlough scheme, with the Times reporting that there are still 1.9 million people on the scheme. It is unclear what will happen to these millions for whom the government has been propping up wage packets.

Previous predictions that it would trigger a sharp rise in Unemployment now seem less likely given the strong employment figures and rising wages as the UK economy bounces back. But there will undoubtedly be some kind of readjustment by many businesses to this new normal once the government support is turned off.

The Sunday Times reported that if all 1.9 million were to be suddenly unemployed, the unemployment rate would shoot up to 10%, it is currently 5.5%. This research by Capital Economics is not predicted to happen but gives an idea of the potential significance of the issue.

We know the pound has historically weakened when the Unemployment rate has risen and any changes in the number and expectations on what this end of the furlough will mean for the UK economy could trigger some volatility ahead for the pound.

What can we expect this week for the pound?

There is not a huge amount of UK based economic data this week, with the key releases on Friday reflecting UK GDP (Gross Domestic Product) and Trade Balance data. Expectations are for a decline in GDP for July, which was the month of the pingdemic. It will be interesting to see to what extent this influenced the UK economy.

Sterling has been much better supported in recent weeks as rising inflation and an improved economic outlook had warranted some signals from the August Bank of England Interest Rate decision that they might consider raising interest rates ahead. There was also a growing optimism from the COVID falling case numbers after the rises in June and July.

Sterling is now slightly off the recent highs against most currencies as case numbers remain high and investors are cautious that the ‘back to school’ effect of a return to work and school as we enter the first full week of September might see further need for caution.

Despite some of these potential challenges ahead the pound remains near some of the higher points of this year against the Euro, the Australian dollar and New Zealand dollar.

In other important news this week we have the Australian interest rate decision released in the early hours of Tuesday morning which could be important for GBPAUD levels. Whilst for any clients interested in the pound against the Euro, Thursday’s European Central Bank decision appears likely to attract lots of attention as markets focus on the likelihood or not of a change in monetary policy that could affect the strength of the Euro.

For more information on what may influence your exchange rate ahead please speak to one of our dedicated and knowledgeable team.

Will the ECB begin to scale back its asset purchases this week?

The Euro could be in the spotlight for this week as the European Central Bank meet Thursday for their latest Interest Rate decision and Monetary Policy Statement. Expectations are that a rise in inflation in recent weeks to a 10 year high could warrant a change in policy.

Currently, the ECB buys €80bn per month of bonds as part of its PEPP (Pandemic Emergency Purchase Program). Simply put, this injection of stimulus into the Eurozone economy has been there to prop up the single currency bloc and help safeguard the economic recovery.

The change we might expect would be a gentle reduction in this amount, to allow for a slow return to normality and ultimately lay a path to future interest rate hikes, which might see the Euro gaining in strength longer term.

In the commentary so far, the ECB have been quick to point out that any immediate change would not be the start of a future path to raising interest rates, merely the beginning of the end of what has been a substantial amount of monetary support.

However you frame it, the market perception might be that this is a ‘hawkish’ signal, indicating a tightening in policy and according to more historical performance, could see the Euro rise in value. The decision is at 12.45 whilst the statement is at 13.30 and appears to be one of the key events this week for the Euro.

In other news for the Euro, we also have Eurozone GDP data and Employment change numbers released tomorrow at 10 am. The pound has been performing quite well against the Euro in 2021, having risen to fresh highs in August of 1.1833.

The current interbank rate is 1.1663 which is less than 2 cents off the 1.18 August number which was actually the highest since February 2020. When you consider the 2021 lows on GBPEUR are 1.10, and the 2020 lows were 1.06, current levels could be viewed as remaining quite attractive.

For more information on the Euro and its performance against the pound, plus what else might be around the corner to influence the market please contact your account manager or any of our expert team.

US dollar is weaker as Jobs data disappoints the market

The US dollar has been slightly weaker following a less than positive picture from the latest US Unemployment report. Whilst the Unemployment rate improved to 5.2% down from 5.4% in July, the number of new jobs was 235,000 versus the prediction of over 700,000.

This news has seen the US dollar a little mixed but weaker as it makes it less likely the US Federal Reserve will be considering any ‘tapering’ of their QE (Quantitative Easing) program or raising of interest rates quite as soon as expected.

QE is the purchase of assets by a central bank to help support an economy, and the reduction in this can be said to be positive for a currency. The overall less than positive jobs picture has therefore slightly dampened demand for the US dollar by making the taper less likely.

The United States is also dealing with a continued rise in COVID cases and deaths because of the spread from the Delta variant, with the poor job creation numbers being attributable to this.

The US dollar has been enjoying a surge in recent months as investors positioned themselves for the Fed to begin raising interest rates ahead, following some positive commentary from Fed Chair Jerome Powell at the recent Jackson Hole Symposium where he sent conditions for a taper, one of which being strong jobs data which has clearly not been met.

The US dollar had also been stronger following the global uncertainty triggered by the Afghanistan withdrawal and Taliban occupation. As a safe haven currency, the US dollar can rise when there are uncertain events taking place and investors want security and ‘safety’.

The market appears to have digested such concerns now and with the weaker jobs data, we have seen the US Dollar weaker with GBPUSD levels back in the 1.38s having at the lower points in August hit the 1.36s.

This week is quite light for US data but we do have the Fed ‘Beige Book’ survey on Wednesday, which gives a shapshot of economic sentiment amongst business throughout America. Given the mixed sentiments from the jobs report and lack of clarity about the likelihood of a taper in recent weeks, this survey could attract some attention and influence US dollar rates.

For more information on what moves the dollar and what to expect ahead, please contact our friendly and expert team who can provide information and insight.