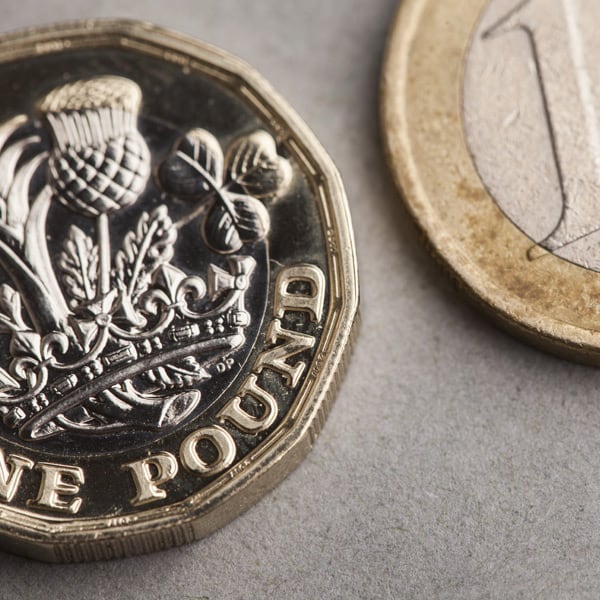 GBP/USD rates fall to a near 5-month low amid a slight shift in global risk sentiment.

Last week in the UK saw an increase in volatility for sterling exchange rates. Monday 19th July dubbed ‘Freedom Day’ saw GBP/EUR drop to a 6-week low, with GBP/USD rates falling to a near 5-month low amid a slight shift in global risk sentiment.

Those selling dollars and euros to buy pounds saw a window of opportunity to take advantage of the underperforming currency as it slumped to lows while the UK continued to experience an increase in Covid-19 infections.

Sterling did recover throughout last week’s session, trading just below 1.17 against the euro at the close of business on Friday with GBP/USD around the 1.375 level. The movements we saw last week highlight the importance of keeping in touch with your account manager here at Foreign Currency Direct who can monitor levels for you.

Friday saw the latest release of Market PMI data in the UK. The composite PMI reading measures the performance of the manufacturing and services sectors based on data collected from 600 industrial companies and a mixture of businesses across the financial, business, IT and transport services sectors. A reading above 50 indicates that the economy is generally expanding, below 50 indicates that it is generally declining.

Last month we saw a reading of 62.2 and were forecast for a reading of 61.7 this month. However, the data fell shy of the 60-mark coming in at 57.7 which suggests that although the UK’s economy is still expanding, we have seen a decrease in business activity over the last month.

Sterling rates remained relatively subdued following the release of this data, but will we see the slowdown in economic activity hold sterling back from making further gains against the euro and the dollar. 1.17 previously built up as a resistance level for GBP/EUR so it may be opportune for sterling sellers if rates move higher than this during this week’s session.

The UK government revealed on Thursday that workers from 16 different sectors will no longer have to self-isolate if they are ‘pinged’ by the NHS test and trace app. In the week commencing 14th July, more than 600,000 workers were told to stay at home following notifications from the app. There are many businesses that are struggling to operate at full capacity because of this which could later lead to a downturn in economic activity and weigh on sterling’s value.

There is little economic data of consequence coming out of the UK this week, so many will be monitoring the political landscape for any indicators on where rates could move next. Tension in Northern Ireland surrounding the Northern Ireland protocol has increased recently, with the UK government stating last week that they will look to renegotiate this part of the Brexit deal agreed at the start of the year. The EU has been critical of the UK’s stance and insists that the protocol must be implemented. Policial instability does have the potential to move rates. Reach out to your account manager here who can keep you up to date with developments.

IS THERE MORE EURO TROUBLE TO COME?

In Germany Europe’s largest economy, Helge Braun (Chief of staff to Chancellor Angel Merkel) has warned that Covid-19 cases could saw to 100,000 infections per day unless many more people get vaccinated.  After more than two months of steady decline, cases have been rising due to the spread of the Delta variant, which has also caused disruption in the UK. Concerns in Germany are that if cases rise many people will have to self-isolate which could cause disruption to the economy. As the powerhouse of the eurozone, economic downturn in Germany could spell trouble for the euro. Roughly 60% of Germany’s 83 million people have had a first dose of a COVID-19 vaccine and about 48% are fully vaccinated.

The euro lost ground against both the dollar and the pound following the ECB’s latest policy decision. The bank decided to leave interest rates unchanged at 0% and will keep in place the current 1.85 trillion Pandemic emergency bond purchasing programme until March 2022. Both decisions were however expected by investors.

The tone of the ECB suggests that there may not be a change in their policy stance for some time. Typically, a currency gains value when the central bank in question decides to raise interest rates. The Federal reserve in the US and the Bank of England have both courted with the idea of raising rates in the future. The Fed recently announced their plan to raise rates in 2023 and the dollar gained value following this announcement. The ECB’s current cautious stance could weigh heavy on euro exchange rates moving forward.

Elsewhere in Europe, the prospect of a fourth wave of covid- 19 infections is causing concern for many across the travel and tourism industry. Countries like Greece, Spain, and Portugal, rely heavily on tourism to boost economic growth with the prosperity of thousands of businesses, and communities tied to the success or failure of the holiday season. The re-introduction of Covid-19 restrictions could negatively affect the eurozone economy and place pressure on the euro.

In the US, lawmakers in the senate are close to agreeing a deal on the text of a $1 trillion dollar infrastructure package. The $1tn plan would fund investments in roads, bridges, ports, airports, water facilities and broadband networks. President Biden has backed the deal as key to the US economy, however, if the deal fails, the Demorcrats are expected to include it in their $3.5 trillion package expected later this year.

The US has experienced a huge increase in fiscal stimulus and government spending throughout this year, which has led to inflation rising to levels far higher than the Federal reserves target level of 2%. Consumer Price Index (CPI) hit 5.4% in June and at last months Fed meeting we saw the debate on tapering the current bond purchasing programme begin. Last month the Fed also signalled that there would be two interest rate hikes in 2023 and the USD gained value against a basket of major currencies following these comments.

This week on Wednesday we see the Fed meet once again for their latest update on monetary policy. Last week, weekly jobless claims data totalled 419,000, well above the forecast level of 319,000 and higher than the 368,000 reported the week before.

Jobless claims data is reported by the US labour department and measures the amount of people filing for unemployment insurance. With covid cases once again on the rise in the states, inflation continuing to climb and unemployment creeping higher many will be keen to see how the Fed reacts.

The interest rate is currently at 0.25% and the forecast suggests that the Fed will remain unchanged on this. Any deviation from this stance could cause significant volatility for the dollar and even if rates remain unchanged, any signal or comments from the Fed suggesting a rate hike sooner than 2023 could once again provide support for the greenback. If you have any upcoming exchanges involving the dollar, it may be worth reaching out to your account manager who can keep you up to date with developments.