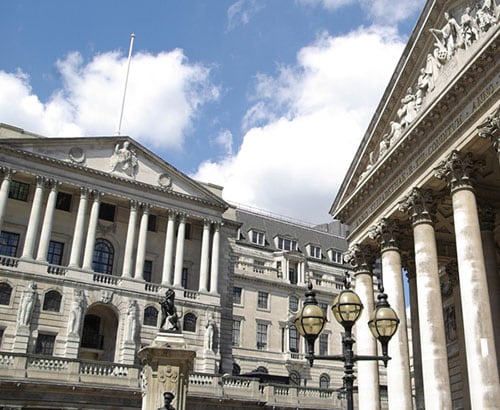 Sterling takes a slight dip as the Euro continues to gain ground on its major counterparts. The pound has dipped to the high 1.16s from its previous 18 months peak of mid 1.18s against the Euro.

The UK continues to suffer from the constant increase of cases of Covid-19. Comparing to last week. There has been an increase of deaths caused by the virus as last week there were 111 deaths to now having 149 deaths this week. Despite the fact the there have been 42 million people who are fully vaccinated these cases continue to rise.

As mentioned in my report last week, Public Health England has stated that there is an early sign that people vaccinated against Covid 19 may be able to transmit the more contagious strain as easily as to those who are not. Despite the success of the vaccine rollout, it seems as though that there could be some aspects of the vaccine which is ineffective against the new variant. If this increase of cases and death continues, we could see restrictions being re-introduced once again and may further impact the economy and slow things down.

However, the booster jabs may start to be offered to over 50’s just before Christmas. Danny Altmann who is an immunologist at Imperial College London states “from a medical point of view, the point would be in one had population-level immune monitoring, showing that the vaccines weren’t holding up and that you really needed to rapidly boost, get the levels back up again. I’d say from where I sit as an immunologist, I don’t think we’ve seen that evidence yet at a wide level.”

If this booster jab were to be approved, it could bring great optimism to the economy further reducing the risk of the pandemic and focusing on its economic recovery.

Furthermore, shorted of staff UK chicken producers have been forced to reduce their output, which has lead to causing restaurant chains such as KFC and Nando’s to close some of their branches. Producers suspect that this may be the post-effect of Brexit as immigration restrictions on low-skilled workers are now more difficult.

There are no major economic data that will be released this week that could cause any volatility in the market but do keep up to date with any currency movements by contacting your account manager.

Last week, the euro showed a fight back against its major currencies this week. As businesses reopen and people head out to their local shops, a sign of great optimism is starting to build within the eurozone and a bullish outlook towards its recovery this month. On Monday, we saw the PMI (purchasing manager index) data released which was at 59.5 points. This was slightly down on the month before, but it is still way above the 50 point mark which signifies expanding activity. There was certainly encouraging news for job seekers as this month saw firms increased their headcount at a near-record pace. The employment index held at 56.1 points. This has been the highest we’ve seen it for 21 years, this was also a similar story for manufacturing. The PMI for that sector slightly dipped to 61.5 points, but the is still far into expansionary territory. Inflation remains the concern, though the input prices index did reduce slightly, it remains close to the record high which was released back in July.

There are no further economic data that will be released this week that could affect the Euro, however, do keep in touch with your account manager for any currency movements.

US on the Recovery after Post-Delta Variant

However, there are several economic data that can be looked at which has caused some movement on the Dollar. One of the key factors which have a massive effect on the currency is the post effect of the delta variant as US retail sales fell by 1.1% based on the July figured compared to where it was back in June. The result of the pandemic could be the reason why the sales have been reduced.

Lakshman Achuthan co-founder of the economic cycle and research institute stated “the US economic recovery is slowing down but the delta variant isn’t the only reason for this, while the US recovery has been record-breaking from its previous lows last year, the economic growth actually started to decrease before the delta variant surfaced in the US” he then followed with “the economic recovery has already peaked which naturally slows down afterward, so far there seems to be no recession in sight but a slow down tends to be expected after a fast recovery.

There are a few economic data that will be released that could cause some volatility in the market, today we will have the GDP quarter by quarter figures released and is it expected to increase by 0.1%, anything below that could cause some movement on the currency. Tomorrow, the Price index month by month will also be released and it is expected to go up by 0.2% anything below could move the market.