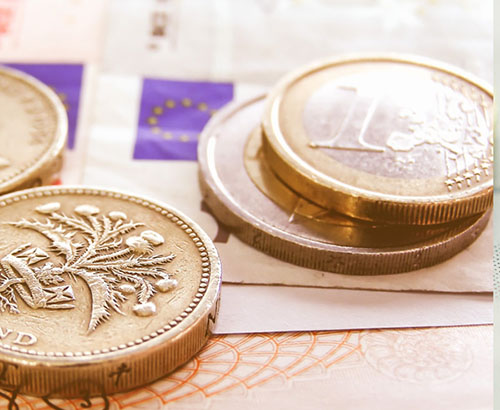 The well-anticipated day that everyone will be waiting for will be on the 19th of July when the UK will lift all restrictions.

Sterling has started the month in a very strong position against its major currency pairs and has shown great optimist around the economy as we move towards the 19th of July.

Sterling has started the month in a very strong position against its major currency pairs and has shown great optimist around the economy as we move towards the 19th of July. The Pound has shown resistance around 1.1713 GBPEUR this week as well as 1.3897 GBPUSD after the Dollar made major gains on the pound last month.

As mentioned, the well-anticipated day that everyone will be waiting for will be on the 19th of July when the UK will lift all restrictions. Earlier this week, Prime Minister Johnson has announced his 5-point plan and how the 19th of July will be set out. This plan consists of reducing the Vaccine Interval from 12 weeks to 8 weeks to vaccinate everyone over the age of 18 by Mid-September, allowing people to make their own decisions on how to manage the virus as well as all businesses being open including night clubs removing any type of social distancing.

The UK is still one of the most successful countries to roll out the vaccine with 79.5 million people receiving their first Jab and 34 million people fully protected from the virus. This translates to 51.1% of the population receiving their second Jab. This could be one of the catalysts on why the pound has been very bullish over the last couple of weeks as these figures show that it is less likely to have another lockdown.

However, one of the reasons why the easing of lockdown has been delayed was due to the delta variant, which was originally found in India, as cases continue to increase day by day this could take a hit on the economy once again if this is not treated responsibly. The New Health Secretary Sajid Javid said “we cannot live in a world where we only think about COVID as there are other health issues that we need to be concern about” speaking with Sky News this week.

In a couple of weeks, we will see how the lifting of all the restrictions will affect the pound, it is expected to have some positive movements however, with the delta variant still lurking around, it could spark some volatility towards the currency.

As Europe begins its recovery, there are still many hurdles to overcome for it to return to normality. The single currency economy forecast is expected to go back to pre-pandemic levels by the end of 2022.

The EU economy will see its fastest growth in decades according to EU analysts after it boosted its forecast due to the easing of the COVID restriction measures, EU’s GDP is forecasted to grow by 4.8% by the end of 2021 and 4.5% by the end of 2022 however, this growth is not distributed accordingly. Some say that Italy will reach its pre-pandemic level by 2023 whereas other such as Poland will have surpassed its pre-pandemic levels this year. European Commissioner for Economy Paolo Gentiloni says “the risk of increasing divergences amongst members states is always there, we cannot exclude this, but one of the main targets of the common European efforts is to manage this risk and to reduce the divergence”.

Southern European countries who have been heavily affected by the pandemic are now expected tourist to help their economic engines to start over, but the delta variant has shown some concerns which leads now being asked by many if summer holidays will be at risk this year. Gentiloni believes that the risk of the variant is  not enough to affect the tourism season substantially as the rollout of the vaccine will reduce the spread of the variant.

As the bloc continues with its recovery, it seems a though that it might take a while before we see the euro strengthen or just to be able to keep up with its major counterparts. Anything that goes against its plans towards its recovery could spark some volatility on the market and could show some weakness towards its currency.

THE DOLLAR HAS MADE SIGNIFICANT GAINS AGAINST ITS MAJOR COUNTERPARTS

The Dollar has made significant gains against its major counterparts and has been very impressive over the last few weeks. One of the key reasons for the dollar strength could be because the US economy added 850,000 jobs in June, well above expectations, as the economy continues its strong rebound forcing to drive the unemployment to reduce further.

One of the key things which could cause some volatility on the market is the delta plus variant. This variant stemmed from the delta variant which originally was found in India which was stated on the pound section. Some say that this new variant as very transmissible has cause half of the new infections early this month. The US said that it will send special teams to combat outbreaks of the Delta plus variant around the country. If this new variant is not treated correctly then it could affect its economy and could push it back to where it was last year which could lead to some dollar weakness. One of the key data that will be released which could cause some volatility on the market is the US Consumer Price Index. This data will be released on Tuesday and will be carefully watched.