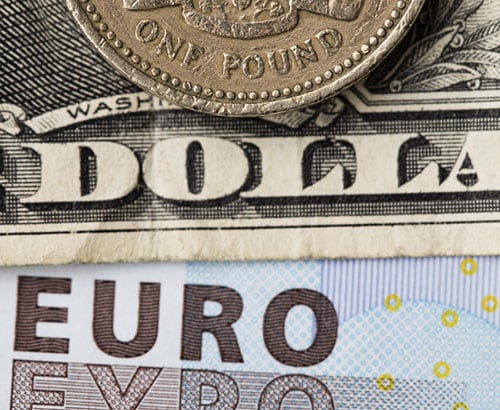 The pound is starting to rally up as it continues to trade around the 1.17 mark from its previous low of 1.16 against the Euro. However, these rate movements do not reflect the true story behind what has been happening around the economy.

Currently, there has been a massive spike of Covid cases in Scotland as there are currently over 1,000 patients in hospital. Some say that this could result in another lockdown being put in place. Scottish National Party Leader Nicola Sturgeon said that the cases started to increase back in July but are now starting to level off, however, being open-minded about all the possibilities is a must as we’ve got to be responsible for what could happen. If the SNP are not able to control the spread of the virus, it could have some reaction towards the economy which could result in some volatility.

Sticking with the Scottish Government, Nicola Sturgeon has called for another referendum by the end of 2023. Scotland continues to pursue its independence away from the UK, however, the SNP leader says that they will yet again vote for their independence when the pandemic is under control. Again, based on what happened with Brexit, the Scottish referendum could cause a major weakness towards the pound.

Last week’s sterling economic data was not its best performance but did not stop the pound from going up. On Friday, Sterling’s GDP month by month dropped to 0.1%.

The Pounds Customer price index Year on year data will be released on Wednesday. The previous data was at 2% and it is expected to increase by 0.9%. anything below this prediction could cause some major volatility towards the pound so do keep in touch with us for the latest news.

Last week, the Euro had some of its moments as it showed that its economic recovery is on its way. On Wednesday the Euro climbed up to 0.8613 against the Pound and 1.1906 against the Dollar the week before.

However, last week’s economic data has shown that there are still some things that need to be done before its economic recovery continues. Last week we saw the Eurozone’s German Zentrum für Europäische Wirtschaftsforschung (ZEW) which is the Economic Sentiment Index gauges six-month economic outlook. We saw that the ZEW dropped to 26.5 points on Friday which has pushed the Euro towards a bearish momentum that could continue as other currencies could get stronger. Last week’s Italian retail sales month by month data was also released and fell by 0.4% and the French trade balance which is the reflection of the difference in value between imported and exported goods also dipped to -7.0 Billion.

Looking at this week’s economic data, there seems to be no major economic data releases that could make a massive movement towards the Euro. If there were any movement on the single currency, this will be a reflection of any economic data from its counterparts.

The Dollar continues to make Major Gains against its Counterparts. Last week’s news displayed why the dollar is a Safe Haven Currency.

President Biden continues to tackle the spread of the Delta variant as he aggressively pushes the number of Americans to be vaccinated in the pursuit of having the country free from the virus.

The virus has been the main source of economic weakness around the world but particularly for the United State as it still has the highest amount of death to date compared to any country around the world. President Biden has implemented different types of incentives in order to have everybody vaccinated and has shown that this has been very effective. His aim is not to just save lives, he is also looking to find a way to be able to prevent any further spikes that could impact the economy.

Looking at last week’s economic data, President Biden’s Vaccine incentives have been a great reflection on how the economic recovery has been performing. Last week we saw the JOLTS Job Openings data jump up to 10.93 million from the previous 10.19 million, this was then followed by the Unemployment Claims as it fell to 310k from the previous 345K.

To keep in touch with any latest currency news, please do not hesitate to contact us.