CONTINUED GAINS ON STERLING AGAINST THE EURO 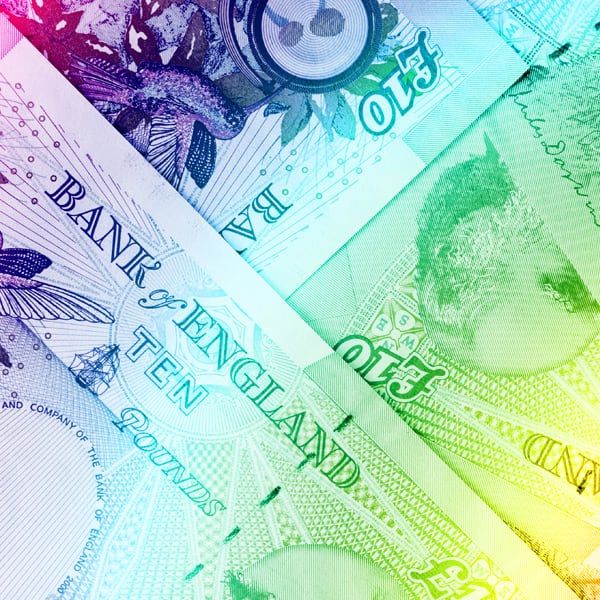 Sterling has made gains against the Euro this week following a drop in the COVID infection rate and the ‘R’ rate now sitting below one. The Pound did witness a fall in value last week following a rise in infection rate and the “pingdemic” which was attributed to mass socialising during Euro 2020. GBP/EUR dropped into the 1.15s allowing a small window of opportunity for Euro sellers.

Sterling has had a good year so far against the majority of major currencies, there have been two main catalysts. The first of which was Boris Johnson managing to get a Brexit deal over the line, now although it was no great shakes, it has taken the investor’s worst fear off the table, a no deal scenario.

The anchor has now been lifted and it has given Sterling the opportunity to make gains. The second catalyst is the UK’s impressive vaccination roll out. With all UK adults now having had the opportunity for at least one dose of the vaccine. With the UK economy now ready to try and battle back to full strength it bodes well for Sterling.

Thankfully, at this stage it looks as though the government’s gamble to end all lockdown measures is paying off, although there will be no doubt further challenges ahead. These concerns may stop any significant rise in Sterling value. It is important to remember the UK is some what of a guinea pig , removing all restrictions in order to bring back economic growth.

On Wednesday next week we will witness the release of UK Services PMI, (Purchase Managers Index). This gives a reading as to the health of the service sector and has been known to influence the Pound’s value. Although not as influential as manufacturing data it still carries clout. This data release is worth keeping an eye on if you have a currency requirement involving Sterling.

Thursday next week will see the Bank of England (BOE) interest rate decision. It would be surprising to see any change in current monetary policy despite a rise in inflation. Inflation could be slightly misleading due to the current relaxation of COVID restrictions and UK citizens  now being in a position to spend.

Following the decision is the Monetary Policy Committee  (MPC) meeting. This should be watched keenly as this will provide justification for the days interest rate  decision, but also more importantly may provide hints as to monetary policy moving forward.

DELTA VARIANT A PROBLEM FOR THE EUROZONE ECONOMY

The Eurozone is still battling the pandemic and the Delta variant seems to be running rampant in the bloc. There has also been reluctance in many areas to take the vaccine.  This does not bode well for the Eurozone economy and due to this the Euro may  find it to make gains against the majority of major currencies.

The European Central Bank (ECB) is wary of making any positive change to monetary policy, it was prior to the COVID break out but now any change seems increasingly unlikely. With interest rates likely to remain in negative territory it could be a rough period for the Euro.

Tourism is a huge contributor to many of the European Unions nations GDP, COVID has caused huge problems in regards to international travel, with things still very uncertain on how the tourism industry will get back on its feet. Vaccination requirements and the length of quarantine required will no doubt hinder any thoughts of a pacey recovery.

If you are purchasing Euros, it is certainly not a bad time to do so with GBP/EUR hovering around the 1.17 point. The highest the market has been in the last 12 months is 1.1810 in April and it looks as though 1.18 is holding up as quite a firm resistance point.

This morning we will see the release of Consumer Confidence in economic activity for the Eurozone. A high reading could signal economic expansion. There is predicted to be little movement from previous figures, it is set to remain at -4.4. If data lands away from expectations that is when we could see fluctuations in Euro value.

Later in the morning we have  figures concerning the Business climate indicator, it is  released by the  European Commission and is based on monthly surveys. It is  designed to deliver a clear and timely assessment of the cyclical situation within the euro area. If it is deemed that we are in a healthy business cycle it could benefit the Euro.

GBP/USD BACK TO PRE-BREXIT LEVELS

The US Dollar has proven strong in the last three months as Biden seems to be doing a good job with the economic recovery from the pandemic.

GBP/USD had hit 1.42 in June, back to similar levels we saw pre-Brexit, but following positive data from the US we are now seeing GBP/USD stabilise around the 1.37 mark.

Due to strong fight back against the economic damage caused by the pandemic there has been optimism from investors surrounding a potential change in monetary policy.

Later today we will see the Federal Reserve interest rate decision, despite the positivity surrounding the US economy it may be premature to hike interest rates at this stage as many economists believe the current rise in inflation could be temporary, a jump caused by a sudden influx of consumer spending following the easing of restrictions across states.

It will also be interesting to see if there will be any change to asset purchases by the Federal Reserve. There has been a huge amount of asset purchases of late, with US national debt now above $28 trillion. Any tapering of asset purchasing would be seen as a positive for the US economy and would no doubt benefit the US Dollar.

Following the interest rate decision we will hear form the Federal Open Market Committee, (FOMC) who will provide justification as their current stance on monetary policy and may also give an indication as to future monetary policy. If anything is given away this could influence Dollar value.

Tomorrow we will witness the release of US GDP.GDP is a key barometer as to the health of an economy and does have the clout to cause movement on the currency market. Keep a close eye on this release as it could create an opportunity for Dollar sellers, there is expected to be a rise from last month’s 6.4% to 8.6%.