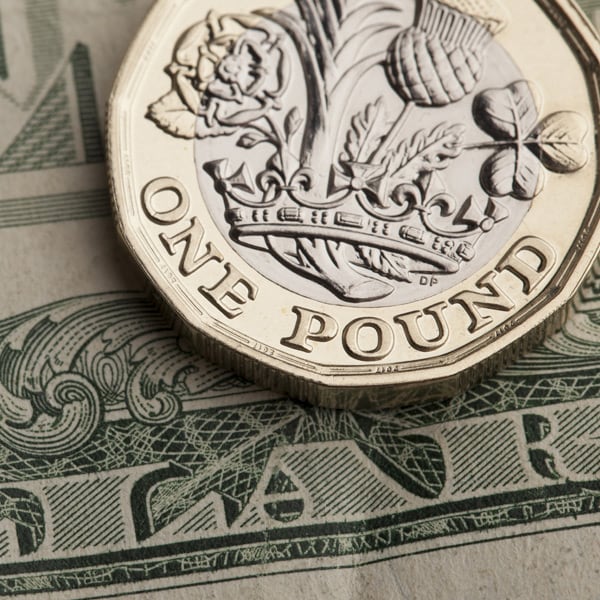 The pound to euro exchange rate has been range bound for some time, struggling to break beyond 1.1764 (EURGBP 0.85) at the higher end

The Bank of England’s August policy report on Thursday will be the focus for the pound this week and whilst investors do not expect a change to the interest rate (currently 0.10%) and quantitative easing programme (currently £895 billion), a hawkish or dovish tone has potential to cause volatility, particularly in the month of August when market liquidity is lower due to market partakers exiting for the summer.

The pound to euro exchange rate has been range bound for some time, struggling to break beyond 1.1764 (EURGBP 0.85) at the higher end, but a hawkish tone from the bank could give the pound the boost it needs to take it back above 1.18, a level last seen in May.

Whilst Covid-19 data remains the key driver in the pound’s direction, with restrictions nearly all but lifted, the economy is bouncing back and investors are viewing central bank policy with increased importance. A hawkish central bank could send the currency higher whilst a dovish tone could see the pound tumble.

The UK’s vaccination programme has been arguably the best in the world and consumer and business confidence is now riding high. The 7 day average of daily new cases has fallen from 702 to 424 cases per million although a Covid-19 setback has potential to cause the pound to fall. We saw this a couple of weeks ago when a rise in Delta variant cases caused the pound to wobble until investors were reassured by data showing the vaccines still had the upper hand.

August has historically been a month of low global investor sentiment, and with the pound’s strength closely linked to the performance of the stock market the pound has struggled in the month of August for the past 10 years. Hence, it is no surprise to see a diverse range of forecasts from banks and investors for the coming 4 weeks.

The euro gained support during yesterday’s trading as Markit PMI data for July was upwardly revised to 65.9 and 62.8 for Germany and the EU respectively. However, despite improved data, there is concern over the rapid increase in Covid-19 cases caused by the Delta variant, as highlighted by European Central Bank President Christine Lagarde last Thursday.

During the bank’s 6-week briefing, Lagarde said “the recovery in the euro area economy is on track… but the pandemic continues to cast a shadow, especially as the Delta variant constitutes a growing source of uncertainty.” The quick spreading Delta variant could stifle the recovery “in services, especially in tourism and hospitality,” Lagarde said.

Despite the concern, the Eurozone economy is bouncing back strongly with Q2 growth of 2 percent, faster than the 1.6 percent of the US. Eurozone countries that were hit the hardest during the first round of Covid-19 such as Italy and Spain posted some of the biggest bounce backs in Q2. Senior Economist at ING, Bert Colijn said “the Eurozone economy continues to perform like a diesel engine: it takes a while to get going but don’t underestimate it once it’s picked up steam.”

Europe’s largest economy, Germany recorded a disappointing 1.5 percent growth, but France bounced back after a period of stagflation. Unfortunately for Germany, it is dependent on the global supply chain and disruption in international trade caused by difficulties in transporting raw materials took its toll on the German economy.

The Eurozone economy has gathered momentum although questions remain whether the Eurozone can maintain this pace with the increased risk of the Delta variant, which is causing great concern to member states and could lead to the reintroduction of Covid-19 restrictive measures and apply the brakes to the economy.

In the US, Manufacturing PMI arrived at 63.4 and the official index was squeezed to 59.5 from 60.6, but nonetheless, the data was welcomed overall and means the sector has grown for the 14th month in a row.

President Joe Biden’s $1.9 trillion pandemic relief fund, which sent relief cheques of $1,400 to millions of Americans in March has helped boost consumer confidence with latest data showing a rise by 11.8 percent for the second quarter. Although, with high inflation, consumers are beginning to show caution in the purchase of common goods, and with some states reintroducing the wearing of masks, the outlook for the US appears less certain.

Currently, the US has inoculated approximately half of the country although the vaccination roll out in the southern states has been less successful with less than half receiving first doses. After falling infection numbers in the months of May and June, cases have begun to rise again and investors are questioning the economic outlook for the US.