Quiet Start To The Week, With The ECB In Focus On Thursday 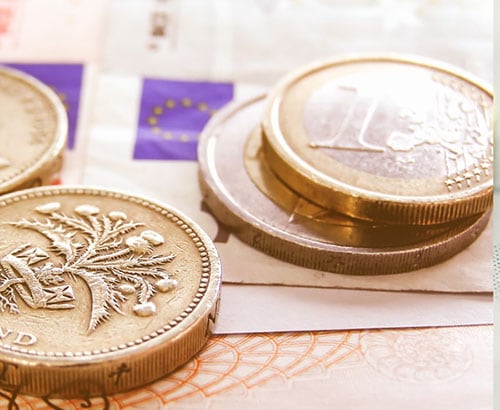 The dollar came under further modest pressure last week, remaining on the downtrend that has been in place since Fed Chair Powell’s dovish speech at Jackson Hole on August 27. As a result, GBP/USD has crept up to the midpoint of the $1.38-1.39 band, while EUR/USD is trading just below the $1.19 handle.

The greenback was not aided last Friday by the release of a mixed employment report for August, with the closely watched non-farm payroll figure suggesting just 235k jobs were created in the month relative to expectations for a 750k increase. The Fed has explicitly tied the timeline for tapering its asset purchase programme (currently buying $120bn of bonds per month) to further solid payroll prints, suggesting that the safe bet now is that no changes to policy will be made at its upcoming meeting in September. That said, the downside for the dollar has been offset by the fact that wage growth has remained robust (+4.3% y-o-y), as the key factor constraining employment growth has been depressed labour supply (a function of enhanced jobless benefits, school closures & Covid fears) rather than weak labour demand. With price pressures continuing to build, we do not expect Fed rate hike bets to be unwound in the near-term, preventing a significant softening of the dollar.

The US is off today for a market holiday and there is little out over the rest of the week to offer direction from a fundamental perspective. As a result, the action in the greenback, if any, will be sentiment driven. On that note, with markets beginning the week in risk-on mode overnight in Asia, the currency may remain on the back foot today.

The euro continued to attract support last week, benefitting from the release of strong eurozone inflation data from August (3.0% y-o-y vs target 2.0%, though this was mostly due to base effects) and signs of division within the European Central Bank on the appropriate trajectory for monetary policy. This has seen GBP/EUR remain pinned below the €1.17 threshold, with the pair opening this morning just above the €1.165 mark.

We expect that the euro will consolidate its gains in the lead-up to Thursday’s ECB meeting, where the focus will be on whether or not the Governing Council will vote to reduce the size of the central bank’s monthly interventions in bond markets. Consensus anticipates that we will see such a move, though in our view there is considerable scope for the central bank to remain on hold once more given its commitment to adopting especially forceful easing measures when interest rates are at the lower bound.

It is true that financial conditions have loosened considerably in the eurozone since May (see chart). However, the sensitivity of markets to any sign that the ECB is beginning to remove policy supports has been evidenced over the past two weeks, with yields again rising sharply in response to comments from officials that indicated tapering may be on the cards in September. Additionally, it’s worth not losing sight of the fact that the ECB has spent much of the past year highlighting its dovish credentials relative to peers in an attempt to engineer euro weakness. Acting before the Fed, who appear likely to remain on hold until Q4, would undermine this message.

Over in the UK, there is a quiet look to the macro schedule, suggesting that shifts in sterling will again mostly be driven by the other half of its main pairs. We will get the July estimate of monthly GDP on Friday, with the data likely to point to an easing of UK growth as the pingdemic hit. However, the figures are well out of date by this point.