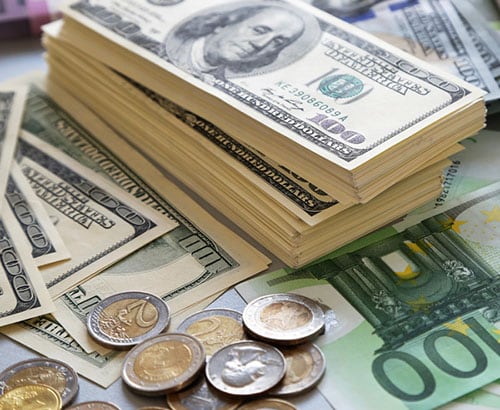 The dollar was once again well bid yesterday, which is reflected in GBP/USD opening this morning at $1.385 and EUR/USD trading in the lower half of the $1.17-1.18 band. Early in the session, the greenback was boosted by safe-haven flows after concerns over the outlook for Chinese growth emerged. This led to a bout of mild risk aversion, with commodities selling off sharply (Brent Crude back down at $69.50 a barrel, from above $75 at end-July). In recent days, analysts have slashed Q3 growth forecasts as China looks to contain a nascent Covid outbreak through mobility restrictions. China has inoculated around 60% of its population, but question marks surround the effectiveness of its domestically produced vaccines.

The dollar also found some support from the release of the Job Openings and Labour Turnover (JOLT) report for June. Vacancies stood at a record high 10.1mn in the month, while we already knew payrolls were some 6.6mn short of pre-pandemic levels at the time. The combination of strong labour demand and muted labour supply growth helps to explain the impressive wage growth we have seen of late (4.0% y-o-y in July), which will heap pressure on the Fed to taper its asset purchase programme before year-end if it persists. As a side note, it is worth noting that new hires rose markedly in Midwestern states where enhanced jobless benefits were prematurely cut, suggesting we may see a surge in jobs growth when these benefits expire at a national level in September.

Today, there is limited data out to influence the dollar, though we will hear from a handful of Fed officials. Of particular interest will be a speech on inflation risks from Cleveland Regional Governor Loretta Mester (neutral), after two of her colleagues made the case for tapering as soon as the September policy meeting yesterday. Overall, we see the potential for the greenback to consolidate around current levels or trade modestly higher today.

Sterling hit a yearly high against the euro at €1.181 yesterday, though we have since slipped back slightly below the €1.18 threshold. The recent move higher in the pair in our view reflects the differences in policy stances between the BoE and the ECB. While the former is now openly contemplating policy tightening over its forecast horizon, the latter has guided that it will remain off the pitch for an extended period. We expect GBP/EUR will continue to trend higher in the coming months, though the delta variant is clouding the outlook somewhat despite the latest outbreak having a lower economic impact than prior waves. On that note, it is worth flagging that UK Covid cases have begun to increase again, with the latest data showing daily infections up a modest 5% week-on-week.

The euro continued to struggle yesterday, with a quiet macro schedule suggesting it could be more of the same today. The only item of any interest on the macro schedule is the German ZEW sentiment index for August. The data are expected to suggest that investors remain upbeat about current economic conditions, but are becoming more downbeat on the macro outlook as the delta variant acts as a headwind.