Do US Presidential Elections Affect the Dollar? 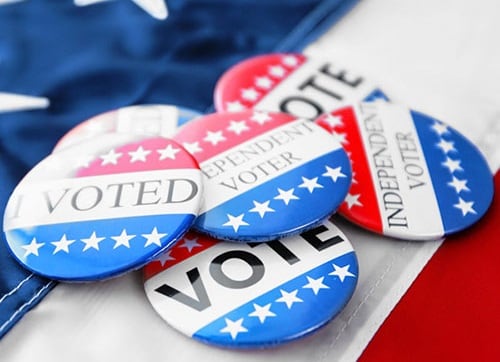 First, how do the US presidential elections work? 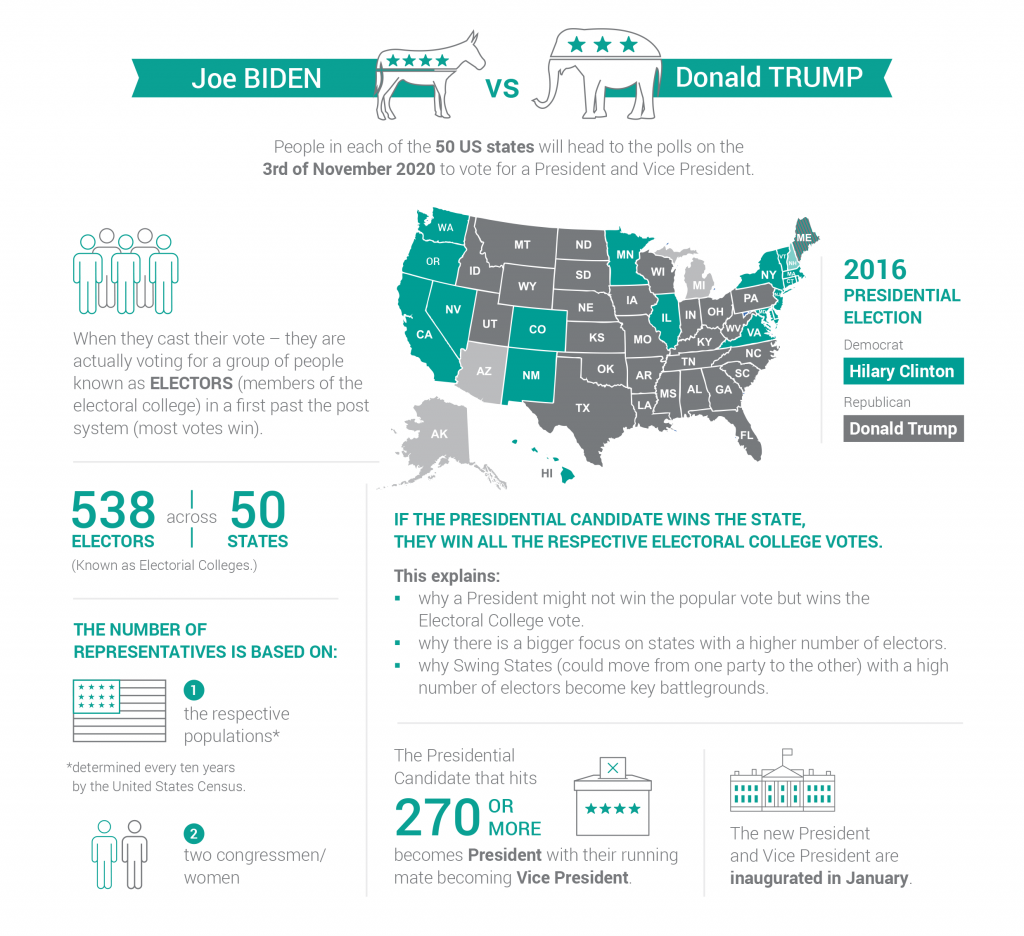 Can we expect the US presidential elections to impact currency?

Ever since President Trump shocked the world with his victory there has been speculation as to whether this polarising character could win a second term. COVID-19 and an uncertain economy have added new dimensions to what may have already been a landmark U.S. election cycle. We will soon find out which way things will go as Americans will head to the polls on November 3rd.

We work with many UK businesses who have US dollar exposure, and the key question they will want to understand is what impact the election could have on currency rates moving into 2021 and beyond. To better answer this question, we’re going to highlight the differences in approaches from Biden and Trump and ultimately how this might affect the performance of the US dollar.

Interest rate policy is unlikely to change direction because of COVID-19 and the fallout for the global economy. Central banks across the world have signposted that interest rates will be low for an extended period. The Federal Market Open Committee echoed this recently stating that they cannot see an increase in rates until 2023. However, there are plenty of areas where the candidates’ policies diverge, for this opinion piece we are only focusing on some of the economic and foreign policy.

What is the current state of play?

At the time of writing, Real Clear Politics (RCP), a political news site and polling data aggregator, has Biden leading Trump in both its aggregation on opinion polls (RCP National Average) and latest betting odds on 30/09/2020

It has been demonstrated in the previous US election and even the UK referendum that opinion polls may not always be the most accurate. Hilary Clinton was leading in the opinion polls of the last election and whilst she won the popular vote, she failed to take the White House.

What does this mean for the US dollar?

One of the historic drivers of currency movement has been removed in the form of interest rates; one could argue that the medium outlook will be determined by the results of the election.

A Joe Biden win could weaken the longer-term prospects of the US dollar as he may reduce consumer spending power with tax hikes and diminish competitiveness as he opens up the US to more international trade with Europe and the Far East with reductions in tariffs. Likewise, should we see another spike in COVID, his approach to dealing with the virus could be more restrictive than the approach from President Trump which may have the potential to dent growth figures.

A second term for Donald Trump has the potential to maintain a strong US dollar as he is likely to continue his combative rhetoric with China and Europe regarding tariffs and political alignment. One of Trump’s slogans, when he won his first race for the White House, was “Make America Great Again”.  To that end, he has pledged further tax cuts which may increase spending and productivity. Furthermore, as a US President can only serve a maximum of two terms as per the Twenty-Second Amendment to the US Constitution, we could see Trump take on an even more hostile tone and aggressive tax cuts.

If election day passes without a clear winner, based on the rhetoric that has been stated, a recount will take place. Also, President Trump has failed to state that he will not contest the result due to the uncertainty of mail voting when questioned on multiple occasions. Given the COVID situation, it is likely that we will see a pickup in mail votes, meaning the result being delayed for some weeks.

Using the Presidential Election in 2000 as an example where the Supreme Court ordered a recount, we saw volatility increase over the following few weeks amidst political uncertainty. The Dow Jones industrial average tumbled more than 5% in the first two weeks after election day. In terms of currency movements, we saw GBPUSD slide by circa 5% for the same period.

It has been an unprecedented year so far, so there is no reason to think that the presidential election is going to be any different. Rhetoric between the candidates has been hostile, as seen in their recent debate; this tone is likely to divide opinion. COVID may become a big factor, not only in policy response but also in how the US votes, as well as the results count. With so many unknowns, US dollar volatility could increase in the month leading up to the election and for a period following election day.